Has Time Been Lost? 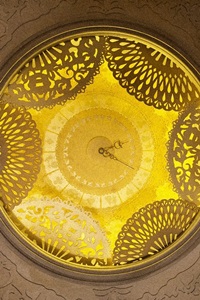 Many have struggled to answer this very fascinating question, either in the positive or in the negative. The answer is important to various religious groups because their beliefs are based on the observation of a particular day of the week, the origin of which they find in the first book of the bible; the creation account of seven days in the book of Genesis.

Thus far all the material covering this subject has been academic. Herbert W. Armstrong gave a convincing argument in his 1952 booklet, Has Time Been Lost? In it he shows how the origin of time can be traced back to the creation week, but the part that he did not address was mathematical and calenderical proof which would have shown his work to be totally correct.

This presentation of the calendar does just that – proving by mathematics that time has not been lost. It is an undisputable proof of the accuracy of the bible as an unbroken passage of time from creation to our present day. In itself it becomes a proof of the bible as an accurate document of the passage of time for over 6,000 years of man’s existence.

TIME HAS NOT BEEN LOST!